Anyone who enjoys a little weekend television can’t fail to have noticed the competition between the dancing on one channel and the singing on another. As the programmes run in tandem, you have to make the choice – fancy footwork or velvety vocals?

When it comes to language holidays, however, you don’t have to miss a thing; you can strut your stuff on the dance floor one week, and sing your heart out the next. With this in mind, we’re bringing you our very own top 5 dance holiday courses, and top 5 locations that we think have the X Factor.

So, in no particular order, our top 5 finalists in each category are…

Where else to learn tango than in the tango capital of the world. In Buenos Aires you can practise your ’ganchos’ and your ’ochos’ in ornate dance halls, dressed the part and with a professional Argentine partner. Go this winter and as added bonus you’ll enjoy the Southern Summer – perfect for enjoying impromptu tango displays on the streets outside.

In Brazil, dance is infectious. They seem to be born with an innate ability to wiggle their hips and move to music. Don’t be left out – on this unique course you can learn the dances of samba, forro and axe, as well as the mysterious Dance of the Orixas in Candomblé ceremonies. If there was ever an insight into the culture (that’s a whole lot of fun too), this is it. 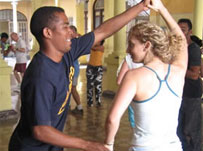 Impossible to talk about dancing without including Cuba, the home of salsa. With the beat of music seemingly emerging from every street corner, you’ll be itching to brush up your moves and join in the fun.

Hot, sultry Seville in the heart of Andalusia is the perfect place to learn the most quintessential of Spanish dances, which has its roots here. You’ll not only learn to dance, but you’ll most likely also fall for the flamenco singing and guitar playing in one of Spain’s most charming cities. 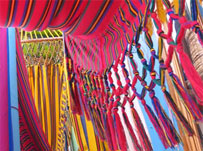 At nearly 500 years old, Cartagena is a real jewel of the Caribbean. Steeped in colonial history, covered with tropical flowers and home to beautiful beaches, you’ll have a spring in your step before you even set foot in your dance class.

Overlooking the Gulf of Naples, on Italy’s stunning Amalfi coast, Sorrento is a beautiful place to visit whether or not you want to sing. But for those who fancy exercising their vocal chords, there is no better place to do so. With views over the sparkling sea to distant islands, Vesuvius rising in the haze on the horizon and pastel-coloured buildings clinging to spectacular coastline, Sorrento is nothing short of inspiring. 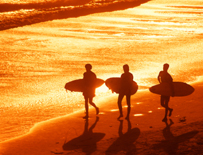 Jaco earns its spot here for being a true holiday location. Yes, you can learn Spanish while you’re here, but essentially you’re here to have fun, enjoy the stunning golden beach, go wild in the rainforest, catch some waves with some surfing, stretch your limbs with some yoga, and learn some cool photography tips. With an action-packed activities programme ensuring that you get out there and make friends with both staff and class-mates, Jaco Beach is a big favourite at Cactus.

For being at the forefront of industries including fashion, music, art and design, for its fascinating history and world-class nightlife, for its vast green parkland including forests and lakes, and for exuding a certain cult ‘edginess’, Berlin is truly deserving of x factor status. Added to this is the fact that the school is the only one in the whole of Germany to offer an on-site residence open year-round.

There are many who would argue that New York is the most exciting city in the world, a place where you can really live the dream. From a musical in Broadway to skating in Central Park, from brunch in SoHo to new year in Times Square, there is something for everyone in the city that never sleeps. It has had the X factor for years, and is likely to have it for years to come.

The small, family-run school that we work with in Rouen has just scooped the prize of Star French Language School at the 2010 Language Travel Awards in London – for the THIRD year running! French in Normandy, as it is called, is truly deserving of X factor status for its fantastic French language programme combined with excellent social and cultural activities.

As for the winner of each category, well, that can go to a public vote. Leave us a comment and let us know which location is the winner for you!

Cactus offers language courses, which can be combined with activities including dance, diving, cooking, wine tasting and sports, in over 30 languages, in 60 countries and 500 destinations worldwide.