Here’s our pick of five of the best French and activity courses currently on offer in France:

Whether you’re the next Dali, or painting by numbers is more your thing, you can’t help but be inspired by Aix’s great painting legacy. Aix en Provence was the home of Paul Cézanne, one of France’s best post-impressionist painters, and one of the city’s premier tourist attractions is the atelier in which he produced so many great pieces of work. The French and painting course combines the General French Course with an introduction to painting with Monique Faillard, an impressionist painter, who has been managing the Atelier du Soleil painting school for 40 years. Originally from Aix, she will pass on her passion for painting “in the light of Cézanne” – given that the lessons are all in French it’ll be a great way to immerse yourself as much as possible in the language.

More about French and painting in Aix en Provence

2. French and gastronomy in Lyon

Lyon is well-known for its gastronomic prowess – in fact, it’s often referred to as the ‘food’ capital of France. What better place therefore to take a French and gastronomy course? In the cooking programme offered by the school in Lyon you’ll discover and create the traditional recipes of Cuisine Lyonnaise, as well as more general French gastronomy including a practical cooking workshop with demonstrations and tastings. Also included in the programme is a diverse range of local visits, which will give you an insight into French cooking traditions and the world-famous specialities of Lyon and its region.

More about French and gastronomy in Lyon

3. French and hydrotherapy/spa in Vichy 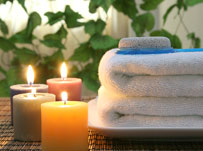 When it comes to the French and relaxation course in Vichy, we could say that it’ll give you an important cultural insight into the French way of life – there’s no denying that spas are as popular in France as they are in the UK after all. Let’s be honest though, the French and hydrotherapy course in Vichy is just a great way to let your hair down and unwind whilst you brush up your language skills, and there’s nothing wrong with that! What better way to let everything you’ve learnt in the morning soak in than by enjoying a sauna, whirlpool bath or rehydrating massage? Stimulation for the brain as well as the body!

More about French and hydrotherapy/spa in Vichy

4. French and surfing in Biarritz 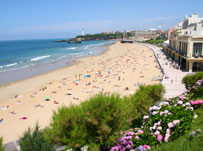 Situated on France’s wild Atlantic coast, Biarritz is an up-market resort town that has also become one of Europe’s premier surf spots. French study destinations don’t really get much better than Biarritz, with its golden beaches, array of bars and restaurants, and laid back atmosphere. Combining your French course with surfing lessons will allow you to learn a new skill, make the most of the warm weather and, of course, give you ample opportunity to practise your French outside of lessons.

More about French and surfing in Biarritz

5. French and wine-tasting in Toulouse 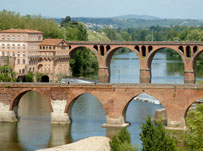 France as a country has a huge association with wine production, but the southwest of France is especially well-known for its vineyards. The French and wine-tasting course that is offered in Toulouse is a must for any wine-lover, and is open to students of all levels. Included as part of the programme is a wine tasting evening at the school, an evening-long course on the history and geography of French wines and the vocabulary of wine, a half day excursion to the local wine producing region of Fronton (includes a tour of 1 or 2 domaines, including explanantions and demonstrations of wine-making techniques and on-site tastings) and a Toulouse city tour on the theme of wine, followed by a full tasting in a local “cave” including local specialities such as cheeses and sausages, etc. A perfect to spend a week or two!

More about French and wine-tasting in Toulouse