Blog - Latest News
You are here: Home / Top 10 things to do in Boston

Amongst the list of things that you should definitely do during your stay in Boston are:

Boston has huge significance in American history, and the Freedom Trail is a path that leads through downtown Boston and passes 16 of the city’s most significant historical sites. Included amongst them are the Old State House, from whose balcony the Declaration of Independence was proclaimed in 1776, the Granary Burying Ground where many notable Revolutionary War-era patriots were laid to rest, and finally, the Bunker Hill Monument, a granite obelisk that was built to commemorate the Battle of Bunker Hill.

Walking the trail (2.5 miles in length) will give you a great insight into the history not only of Boston itself, but also into the foundation of the United States of America as it is today.

Boston is well-known worldwide for its academia, in particular for being home to the prestigious universities of Harvard and MIT (Massachusetts Institute of Technology). Harvard is not only one of the world’s best universities, it’s also one of the oldest, and a trip out to Cambridge to see its 210-acre campus is well worth the effort. To walk takes over an hour, but the subway will get you there in 10 minutes, so unless you have very comfortable shoes, this is probably a better option!

Although a more modern establishment, MIT also has a fantastic reputation worldwide. MIT buildings are scattered along Massachusetts Avenue, which leads out to Harvard, so can easily be visited in the same trip.

3. Take in a baseball game at Fenway Park

Aside from Harvard and the Independence Movement, Boston is also famous internationally for its beloved Red Sox baseball team. The Red Sox are one of America’s best baseball teams, and one of which Bostonians are hugely proud. The atmosphere at any Red Sox game will be electric and will give you an insight into one of Boston’s true passions.

4. Take a stroll through Boston Common and Boston Public Garden 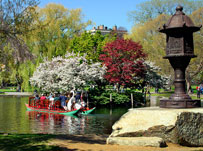 As the starting point for the Freedom Trail, you will be guaranteed a glimpse of Boston’s attractive Common, but just next door is the beautiful Public Garden, which is well worth a visit in its own right. Aside from the historic monuments and statues, and the botanical park, there is also the famous lagoon with its swan boats. Even if you don’t want a ride on them, just sitting by the side taking in the views will keep you entertained. The park is particularly nice in the autumn as the leaves turn a mix of vibrant red and orange.

5. Spend an evening in one of Boston’s Irish bars

Boston is home to a huge number of Irish people, and people with Irish heritage, and there remains today a massive amount of Irish bars in and around the city. An evening in an Irish bar might not teach you an awful lot about the history of immigration, but you’ll be assured a really fun evening and some good ‘craic’ as the Irish would say!

Any food-lover who visits Quincy Market in downtown Boston will quite simply be in heaven. In fact, you could easily turn up at midday and be wheeled out 4 hours later! The indoor market houses food stall after food stall, all serving up some delicious offerings – whether you want local fare like clam chowder or New England lobster, or more exotic delicacies like Japanese noodles, there’ll be something to tickle your taste-buds…

Another of Boston’s top attractions, the Boston Aquarium is located on the city’s waterfront, and is credited with revolutionizing the modern aquarium experience for visitors through its emphasis on a more natural setting for aquatic life. Visitors can see sharks, turtles, stingrays, penguins and even a Giant Pacific Octopus.

8. Have a pizza at Figs Restaurant

Boston is brimming with quality places to eat, but one of the best has to be Figs restaurant on up-market Charles Street. The restaurant has a nice intimate feel, and the pizzas are fantastic. It’s probably worth sharing though, as the size of a standard pizza would beat even the mightiest of appetites!

9. Have a beer at the original Cheers bar 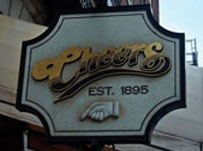 Although it’s been off our tv screens for a while now, the sitcom Cheers was a worldwide favourite for many, many years. Just to the side of Boston Common is the original bar that the Cheers bar was based on (the Bull and Finch pub), and above it, a reproduction of the Hollywood set where the series was filmed. The atmosphere and the food are good, and anyone who remembers the series will especially enjoy the experience.

Whilst there’s plenty to keep you entertained in Boston itself, if you fancy getting out of the city for a day one good option is a trip out to the town of Salem. Only half an hour or so by train from Boston, Salem was one of the most significant seaports in early America, but is better known for being the location of the infamous Witch Trials of 1962. A lot of the attractions are seriously kitsch, but it’s nevertheless an interesting spot to visit.

Cactus offers a range of English courses in Boston at a variety of levels. 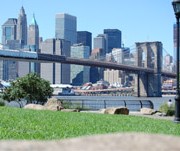 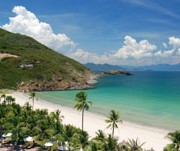 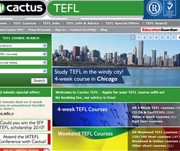 Cactustefl.com recognised as one of the ‘100 publications that most changed TEFL’ 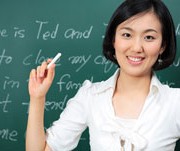 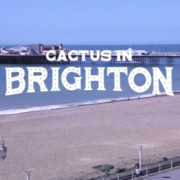 Can I teach English without a CELTA? 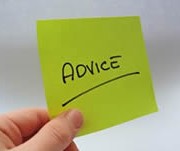 TEFL courses - which one is right for me?
0 replies