Orvieto is a medieval town and as such still has an array of beautiful, cobbled streets and historic buildings for visitors to enjoy. Its location on top of a cliff amidst the rolling Umbrian countryside is simply stunning, and means that you can enjoy fantastic views that stretch for miles.

Although Orvieto doesn’t have its own airport, it is located close to Perugia, which has an airport with regular flights to and from the UK. It also enjoys good rail links to the cities of Rome and Florence – the journey from Rome takes just over an hour and from Florence around an hour and a half.

Orvieto is of course smaller and less well-known than Rome and Florence, but this gives it a laid-back atmosphere and a lower cost of living.

3. A fascinating history and lots of interesting sights

Orvieto’s origins date back to the Etruscan era, when the city was actually known as ‘Velzna’. It was a flourishing settlement, which based its economy on ceramics production and bronze manufacture.

In the third century BC the city was invaded by the Romans, who deported the inhabitants to the shores of Lake of Bolsena, where the city of Novi Volsinii was founded. After the fall of the Roman Empire, Orvieto was conquered by the Goths, then by the Byzantines and lastly by the Longobards of the Duchy of Spoleto. During this period Orvieto rivalled Rome in glory and military power but after a while civil and religious battles between the noble families of Orvieto broke out and this situation helped Cardinal Albornoz seize Orvieto in 1364. In 1449 Orvieto finally became part of the Church State and remained so until 1860, the year in which the Kingdom of Italy was created.

There are lots of sights to explore in your free time in Orvieto, including the medieval Duomo (cathedral), the Albornz fortress, a castle on the site of a former Etruscan temple and St Patrick’s Well, whose double spiral staircases date back to the 16th century and run along the sides of the well (62 metres deep) without meeting. Another must-see for any visitor is the underground passages that were dug into the tufa below the city and have been in use since Etruscan times.

Orvieto is blessed with a pleasant climate all year round. It enjoys warm, long summers and mild winters with plenty of sunshine – perfect for outdoor drinking and dining, and of course, for enjoying outdoor pursuits such as hiking and biking in the surrounding area.

5. A good range of courses and accommodation options

Course-wise, students can currently choose from General Italian, Individual Italian, Combined Italian and Intensive Italian in Orvieto. The school also offers an Italian and Pizza course or CILS Preparation Course (Certificazione di Italiano come Lingua Straniera) on request. The courses are available from beginner-advanced level, and for however long you wish. Accommodation is offered with local host families, in a shared apartment or in a student residence to cater for all tastes and requirements.

Cactus offers a wide range of Italian language courses in Italy and its islands. Please visit the Cactus Language website for full details and to book. 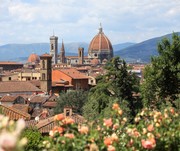 Don't miss the Scoppio del Carro in Florence this Easter 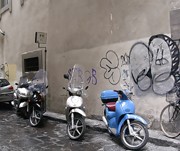 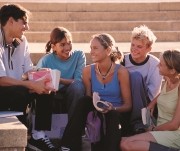 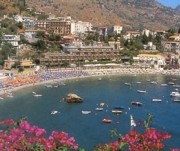 From beginner to proficient in Italian: one client's journey through 12 evening courses 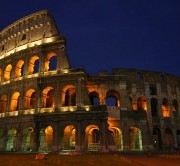 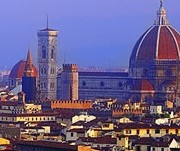 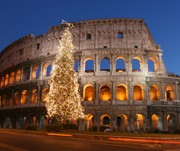