Blog - Latest News
You are here: Home / Why has learning the Brazilian Portuguese Language increased in popula... 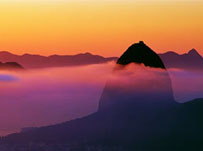 2) An attractive culture plays an important part in encouraging more people to learn the Portuguese language. There have recently been several popular films set in Brazil, such as ‘City of God’ which won worldwide recognition, and critically acclaimed authors including Paulo Coelho have gained an international reputation. Brazil also gave the world the Bossa Nova style of music, not to mention the largest carnival in the world.

3) Brazil’s media coverage has grown exponentially over the last ten years, not least because of former president Luiz Inácio Lula da Silva. He improved the quality of life of the Brazilian people and virtually eradicated hunger. In so doing, he also received many awards for his work throughout the world giving him, and his country further global recognition.

4) Portuguese is relatively easy language to learn if you have already mastered a Latin-based language such as French, Spanish or Italian.

5) The Brazilian government is promoting the Portuguese language through “Project Leitorado” ’ where Brazilian academics are part funded by their government to lecture on the language and culture at universities around the world.

6) Many people wish to learn Portuguese simply because they have Brazilian partners, or may, one day, wish to emigrate there.

7) In recent years the Brazilian economy has grown rapidly, and the country is now recognised as an emerging world power, prompting multi-nationals to seek to invest in Brazil, so creating further opportunities and jobs. The discovery of oil in Santos Bay will attract inward investment from global energy corporates, with many companies believe that learning the language is another step towards gaining the trust of local companies, customers and clients.

8) Brazil is staging the FIFA World Cup in 2014, such an enormous international event , reported around the globe, that many people want to learn the language to ensure they fully understand the national culture and approach to the event.

9) Brazil will also host the Summer Olympics 2016 which, again, is a prestigious world sporting event prompting massive media coverage and placing the country firmly in the spotlight.

Cactus offers a variety of Brazilian Portuguese language courses throughout the UK, Brazil, USA and Canada.

October 2012: Time for some fun this autumn…
Scroll to top