Rio de Janeiro, or Rio for short, is located on the southeast coast of Brazil and is the capital of the State of Rio de Janeiro. It was the capital of Brazil until 1960 as well, and is Brazil’s second largest city with over ten million inhabitants. Rio was first discovered by Europeans on 1st January 1502 , hence the name, which means “January River”. It is also known as “A Cidade Maravilhosa” or “The Marvelous City”.

Famous landmarks in Rio include Christ the Redeemer (Cristo Redentor), the giant statue of Jesus on top of Corcovado mountain; the Sugarloaf mountain (Pão de Açúcar), which you can climb via cable car; and one of the largest football stadiums in the world, Maracanã. The city is also home to the largest urban forests in the world: Floresta da Tijuca and the forest in Parque Estadual da Pedra Branca.

Rio is a cosmopolitan city with residents and visitors from all over the world. It is also a city of contrasts with very rich areas and large shanty towns or favelas in close proximity to one another. It’s famous for its music, especially samba; its sport, especially football; and its lively night life, and the locals, known as Cariocas, certainly like to have fun on the beaches, and in the bars, restaurants and night clubs. There are also museums, theatres and plenty of other attractions to visit.

Rio enjoys a tropical climate with annual average temperatures of between 23°C and 26°C. At times it can get up to 40°C, though sea breezes help to moderate such highs, and rarely falls below 10°C. It can rain quite a lot between December and March, and much less between May and September.

There’s no shortage of Portuguese language schools in Rio which offer a range of courses, including general and intensive courses, preparation for Portuguese proficiency exams, Portuguese for business, individual lessons, and combinations of Portuguese lessons with samba, capoeira, cooking, music or other activities. 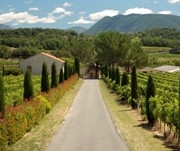 The Norman invasion of England in 1066 had a major impact not only on the country, but also on the English language. William the Conqueror and his merry band of Normans brought with them Norman French, which became the language of the court, government and the upper class for the next three centuries. English continued to be used by ordinary people, and Latin was the language of the church. END_OF_DOCUMENT_TOKEN_TO_BE_REPLACED

When I decided to take a Portuguese course, I was hesitating between going back to Brazil, which I already know and love, and going to discover Portugal. Brazil was more tempting for obvious reasons but in the end Portugal won as it was closer and cheaper to fly to, especially for one week only. So I headed off to Lisbon, which I chose over the Algarve as I thought that at this time of the year – October – there would be more people to meet and more things to do. END_OF_DOCUMENT_TOKEN_TO_BE_REPLACED