You are here: Home / Samara 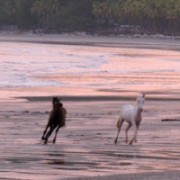 I came to Costa Rica for the first time in the summer of 1990 to study Spanish and fell in love…with the language, the country, the people, the music, even the monsoon-like rains. When I went home 6 weeks later I was determined to come back at some point, become fluent in the language and spend more time in this country that already felt like my adopted home. Three years later, I had graduated from college, spent a year in Asia travelling and volunteering, and I was ready to get back to Costa Rica.

My first year, 1993, was spent working at a language school in San José as a receptionist. I was thrown in at the deep end, answering the phones in Spanish, and while overwhelming at first, it definitely helped me to improve my Spanish – quickly! When their marketing coordinator left they asked me to step in, which I did. My degree was in Literature, and I had never taken a business course in my life, but I found the process fascinating and enjoyed learning a new skill in an intercultural context. I met a lot of people, worked long hours, and at the end of the year chance put me in contact with two colleagues who were starting up a school.

Living in Costa Rica: the start of Intercultura 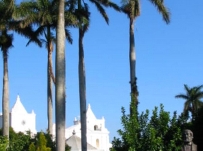 They asked me to come on board as a partner in the project, and I accepted in a temporary capacity, still thinking I would be going back to the US or England before too long. The beginning was rough, especially after we lost the partner who was the financial backer, but with lots of luck and a $600 loan from a friend, Adelita Jiménez and I ended up starting the school, which we named Intercultura, in Heredia.

We had a lot of help along the way: the owner of the house was an older gentleman, Don Jorge Vargas, with two daughters who were teachers, and he was incredibly kind to us. He gave us our first reception desk, lowered the rent, and eventually ended up selling us the building purely on the strength of an IOU, as we had no collateral to put up for a loan. A university group from South Florida contacted us and again pretty much on trust decided to send us their 40-person group down for a month-long Spanish immersion course in the summer of 1994. Their deposit was what allowed us to furnish the school with tables, whiteboards, chairs and the million other things we needed before the group arrived. 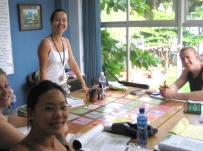 The first couple of years were lean. Adelita and I did everything between the two of us; Spanish teacher, tour guide, cleaning lady, receptionist, you name it. My Tico host family was supremely generous, happily letting me live with them for almost nothing and welcoming me into their lives, and for this they have my eternal gratitude and affection. Adelita’s family was also great to us, providing many a shared lunch during the early days at the office.

Finally, a couple years later, we were making enough to hire a receptionist and buy some furniture for the apartment I was living in by then. The school had taken off, we had 8 Spanish teachers, had opened a low-cost English as a Second Language school for locals, and were doing a beach program in Playa Dominical (then later Jacó) for one week each month. We had made it! Along the way, I was able to study for a Licenciatura in Linguistics and Translation, get my Masters in Cultural Anthropology, and learn French and (some!) German. 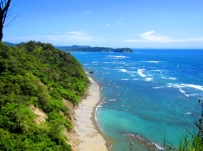 In 2001 we decided to look for a permanent home for a beach campus, and chose Sámara for the friendly local community, as compared to other beaches like Tamarindo where we felt like foreigners dominated the population. We wanted a place where we felt like we were in Costa Rica, where we could integrate into the community, and hopefully make a positive difference in the area. Sámara was the ideal place, and once again, we were extremely lucky to meet many generous people along the way who helped us tremendously. Homestay mother Cristina Castillo sold us the first part of our oceanfront property, again with just an IOU to guarantee payment on an installment plan. Jorge Salazar from El Lagarto gave generously of his time and introduced us to everyone we needed to know locally, especially the mothers who would become our first families for the foreign students to stay with. And the whole community in general welcomed us, gave us good advice, and made us feel like this was the place we needed to be.

After several years of travelling back and forth between our main campus in Heredia and our Sámara beach campus I decided to make the move to live full time in Sámara and dedicate my efforts to helping the school grow and reinforce our participation in the community. One of the things I am most proud of is the non-profit association CREAR, which we started in 2005 to provide year-round, free supplementary education to the local children. It also offered periodic workshops for adolescents and mothers, support for community initiatives in general, such as the first public library in town, and volunteer groups and materials for a variety of construction projects in the local schools and community center. In addition to its dedicated coordinators, many local community members continue to volunteer their time and expertise to teach and coordinate activities with us.

Living in Costa Rica: hope for the future 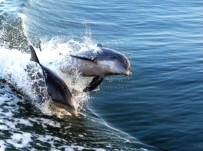 Now it’s 18 years later, and I’m still living in Costa Rica. In 2010 our daughter Ela was born. She will have the incredible good fortune to grow up playing on this beautiful beach, speaking two languages, and living in the wonderfully supportive and diverse community that makes up Playa Sámara. People often ask me what’s next. All I can say is that I hope to see Samara develop in a sustainable way, with environmental safeguards in place and new businesses that are committed to giving back to this town and making it a better and safer place for everyone; locals, foreign residents and tourists. Issues such as security, recycling, children’s education and local employment opportunities are among the topics that need long-term attention from all of us, but I think we’re off to a good start this year with the new mayor, Marco Jiménez, who is committed to these and many more issues.

To end, I’d like to say a heartfelt thank you to all of the amazing people who make this area what it is…our incredibly dedicated administrative and teaching staff here at Intercultura, our wonderful homestay families, the great businesses and services in Sámara, and most of all the people who live here and make up our community.

Thank you Laura for contributing this article and to Intercultura for the images.

Cactus offers Spanish courses in Costa Rica through Intercultura in Colonial Heredia and Playa Sámara. Students have the unique opportunity to study Spanish in both historic Heredia and the idyllic beach location of Samara, and experience two very different Costa Rican lifestyles. Courses are available for adults and juniors, and there is even a Spanish & Surfing course to make the most of the excellent surf for which Costa Rica is renowned.

Our tailor-made division, Cactus Language Training, specialises in language training for relocation for those considering living in Costa Rica.