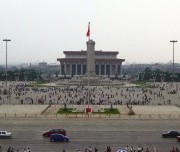 At a time of global economic downturn, tapping into new markets has never been so relevant to the success, indeed survival, of businesses worldwide.

As recession deals its harsh blows to flailing western economies, drawn deeper into a spiral of unemployment, inflation, negative home equity and soaring energy and fuel prices, it is becoming clear that we need to look further afield, on a global scale, to maximise our earning potential.

With a market in recession, as is now the case with the US and many countries in Western Europe, one of the best things a business can do is diversify – not necessarily product, but clientele. Forming strategic partnerships with emerging markets such as Russia, China and the Arabic world is one such critical step. These developing markets are less affected by the crises currently deflating confidence in western economies and, perhaps more importantly, are still doing well despite the economic decline that surrounds them. They have up to now received investment from developed countries, they have built financial reserves from recent growth, and they harbour newly affluent locals who, although not as brazen in their spending as their western counterparts, have money to spend and investments to sniff out. They are keen to be at the forefront of the global economy and this may be their time.

So, how best to get in on the act with the developing powerhouses of China, Russia and the like? One key factor that cannot be overlooked when it comes to gaining access to foreign markets is the importance of language. Long-term partnerships with any new market depend on relationship building; these relationships in turn are formed through linguistic and cultural awareness. English may be the accepted tongue when it comes to international communication, but there can be no underestimating the importance – if not supremacy – of other languages on a regional scale. Often the quickest way to open doors is to speak to someone in their own language and, in a world where English rules, where it’s the easy option, the effort to speak your target market’s language and understand its culture will not go unnoticed.

Let’s look at Russia. This is a country whose economy is thriving off oil exports and military manufacturing, fast emerging as the energy-producing superpower of Europe. Culturally and in business, Russian as a language is spoken by some 270 million native and non-native speakers, and it is used extensively across Eastern Europe, along with German and Polish.

Further east, China’s official language, Mandarin, is now spoken by a billion people worldwide. Although English is increasingly taught and spoken in this booming economy, anyone aspiring to do business in China will be at huge advantage with native knowledge or even proficiency in Mandarin – especially away from the big cities. Being able to communicate on a ‘personal’ level is valued no more than in Asian countries.

And finally, Arabic. Spoken by more than 250 million Arabs, this ancient language of the Qu’ran spans North Africa, from Morocco in the west as far east as Iraq. Finance, oil and intelligence depend on it, while, as with many foreign cultures, businesses with knowledge of the language have the edge when it comes to understanding nuances, customs and beliefs that often go unnoticed in English.

Any business aspiring to infiltrate these emerging markets would therefore do well to adopt a strategic approach to multi-lingual communication. Updating a website so it is accessible in multiple languages, recruiting native speakers and outsourcing translators are useful steps. Yet utilising the workforce that you already have is arguably the most effective way to embrace the new multi-lingual environment that lies ahead.

Linguistic and cross-cultural training will provide employees and businesses with language skills attuned to their particular markets and an appreciation of the cultures within which they want to work – an investment that will reap long-term rewards. Cultural awareness in particular may be easy to overlook, but it is key in building successful relationships, preventing costly misunderstandings, managing multi-cultural teams and reducing culture shock if employees are relocating.

Language in this sense really does help to open doors, and investing in an emerging market equipped with the appropriate knowledge is a step that could potentially both rescue and future-proof your business. 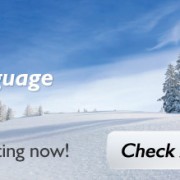 What were your New Years Resolutions?
Learn something new, revive old skills, see more of the world, meet new people, get out more?