You are here: Home / Portuguese

Cactus has always been proud of the teachers who work for us, as they are all carefully selected for their skills, experience and personality. 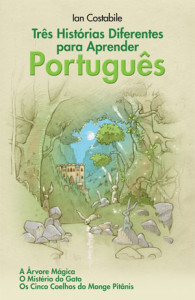 This month we are delighted that our Brazilian Portuguese teacher Ian Costabile, based in Liverpool, has published an excellent book to help students learn Portuguese.

For anyone learning Portuguese – either Brazilian Portuguese or European Portuguese – this book uses different vocabulary, tenses, verbs and sentence structures in each of the three stories to maintain interest and cater to different abilities and interests. Above all, the stories are fun, making language learning fun!

Find out more about Ian’s book on his blog Português Azul – where you will also find plenty more inspiration and tips for learning Portuguese.

Ian moved from Brazil to the UK in 2009 and it was then that he started to teach Portuguese. A keen musician, he found that many of the people he performed to were interested in the Brazilian language and culture. Members of a local capoeira (Brazilian martial arts) group also came to him for Portuguese lessons. Since then, Ian has qualified as an interpreter and now teaches Portuguese at GCSE and A Level in an Academy in Liverpool.

It was in 2014 that Ian became a Cactus Portuguese teacher on our Portuguese evening courses in Liverpool. When asked how he found working for Cactus, Ian replied, “I find teaching for Cactus a great experience. It’s a very organised and competent company. All the groups of students that I taught through Cactus so far were very committed to learning and enjoyed every single lesson. Through Cactus I have met people from different backgrounds who showed a huge interest in Brazil, Portugal and Mozambique. I also became friends with other Cactus teachers and staff.”

We wish Ian the best of luck with his book! Anyone wishing to purchase his book can do so on Amazon. 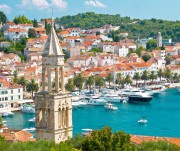 Whether you want to learn a language for relocation, work, love or brain power, come and talk to Cactus at two fantastic shows this year – and make the most of our special show offers and spectacular course giveaways!

Moving abroad is a big decision, especially if you are moving to a country where a different language is spoken. Cactus can help you make the process smooth and enjoyable by designing a bespoke language course to suit you and your family – be it through lessons before you go (evening language course or private tuition) or once you are in your new location (language course at a local school or private tuition). Speaking the language will help you integrate into the local community and feel at home much more quickly; it will also help you to make friends, give you confidence and make daily routine much easier.

Visit us on Stand A12 in the Relocation & Lifestyle Centre for a FREE language needs analysis and to claim your £50 voucher to put towards any language course! We will talk you through the best language learning solution for you and make sure you are fully prepared to follow your dream. You can also enter a competition to WIN one of 11 free language courses abroad!

For anyone with any language interest, the Language Show is a brilliant source of inspiration, ideas, advice and offers – all of which will be brought to you by Cactus this year! We are passionate about languages and we would love to speak to you about your language learning goals – whether you are a teacher looking to go away with a school group, a parent, a student or someone who just loves languages. With our range of school group trips, evening language courses in the UK, language courses abroad and TEFL courses worldwide, we really do have something for everyone and are always happy to advise on the best language course for you.

Visit us on Stand 532 to enter a competition to WIN one of 11 free language courses abroad, or a free evening course in the UK!

And come along to our FREE language taster classes – a fun-packed half-hour session for beginners, available on a first-come, first-served basis. A great opportunity to try something new!

We look forward to seeing you and, if you are signed up to receive our newsletters, we’ll drop you a friendly email nearer the time with full details of our special show offers.

Time to step into a whirlwind of shimmer, samba and non-stop partying!

Every year over 500,000 foreign visitors are attracted to the world’s biggest party, the Rio Carnival in Brazil. The festival causes the whole city to come to a complete standstill for a week as celebrations continue throughout the day and night. Traditional samba music is played and danced to and colourful costumes and floats parade through the streets.

This vibrant and colourful festival is usually held in February or the beginning of March, the week before Lent. The celebrations start on a Saturday and finish on fat Tuesday (Marti-Gras).

Check out our top tips and essential Brazilian Portuguese carnival vocabulary to make sure you make the most of your trip!

1. Organise and book your accommodation well in advance! The best hotels in the zona sul (South Rio) get booked up very early!

2. Buy your Rio Carnival ticket in advance. Tickets to watch the parade can sell out months beforehand – and although ticket prices to watch the Sambadrome parade can reach $200, it is definitely worth seeing! (The best viewing is in section 13).

3. Ensure you have your carnival costume ready and indulge in the Brazilian festival and culture. Let you hair down and dance with the locals and you’ll really feel part of the festivities.

4. Make sure you have plenty of money before the carnival starts, as banks are closed for the week and cash deposit machines are known to run dry.

5. The best form of transport for getting around the festival is a taxi, as they are not very expensive.

6. Make sure you get a map of the local blocos (street parties) so you can enjoy the after party into the early hours of the morning!

Cactus Language offers a variety of Brazilian Portuguese and European Portuguese language courses in the UK, US, Portugal & Brazil.

European Portuguese differs from Brazilian Portuguese mainly in terms of pronunciation. There are also significant differences in vocabulary, and relatively minor differences in grammar and spelling. The relationship is similar to that between British and American English, though the regional differences in Brazil are greater than those in the USA. END_OF_DOCUMENT_TOKEN_TO_BE_REPLACED 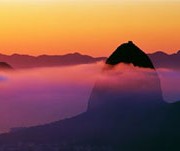 Over the next decade, Brazil, Russia, India and China – the ‘BRICs’ countries – are set to become an increasingly powerful force in the world economy. Together they contribute over a third of world GDP growth, and Brazil – the largest country in South America and the largest Portuguese-speaking country in the world – will soon replace the UK as the world’s sixth largest economy.

Brazil is indeed in a strong position at the moment. As 2011 dawned, it swore into office its first ever woman President, Dilma Rousseff, who replaced the man who had become the most popular president in the country’s history, Luiz Ignacio Lula de Silva. Big shoes to fill, certainly, but having served within Silva’s government for seven years, Rousseff is keen to consolidate the work of her predecessor and welcome in a new era for Brazil; the eradication of poverty and reduction of inequality being two major challenges.

Rousseff’s drive to tackle poverty may well be helped by Brazil’s potential as a major global oil producer. Recently-discovered offshore oilfields such as Tupi and Libra have provided billions of barrels of oil over the last few years, their discoveries making Brazil one of the world’s top 10 oil producers. Future oil revenues will be valuable in funding the reduction of poverty as well as investing in areas such as education and technology.

President Rousseff’s term in government will also see Brazil host the Rio Plus 20 global environmental summit, in 2012, and the FIFA World Cup in 2014.

Those wanting to make the most of Brazil’s huge potential by doing business here may consider language training in Brazilian Portuguese, which can be critical to establishing relationships and to future success in this fast-developing country.

On a similar vein, cultural training is helpful for employees who are looking to relocate to, or spend a prolonged period of time in, Brazil; not only does cultural training help to prevent culture shock, it can give a valuable insight into your target destination’s core values, local business practice, hierarchies and gender perceptions within the workplace, how to address your counterparts and more. Like language training, it can give you a step ahead of your competitors when it comes to integrating into and understanding Brazilian life.

Cactus Language Training offers all types of language and cultural training for relocation and other purposes. Specialising in tailor-made language training for businesses and individual needs, training is available in many different formats and in languages and locations across the globe.