You are here: Home / Vocabulary 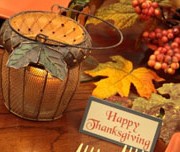 Thanksgiving is a national holiday celebrated mainly in the USA and Canada to give thanks for the blessing of the harvest.

It possibly dates back to 1565, though the first Thanksgiving meal is generally thought to have taken place in 1621 in the Plymouth colony between the colonists and the Wampanoag tribe. It became a symbol of cooperation and interaction between colonists and Native Americans.

Thanksgiving became a national holiday in the USA in 1941 and is celebrated on the fourth Thursday in November (November 26th in 2015), while in Canada it falls on the second Monday of October. Thanksgiving is not celebrated in other countries, except by expatriate Americans and Canadians. Thanksgiving celebrations involve a large family meal which traditionally includes turkey, mashed potatoes and pumpkin pie, and also big parades.

‘Happy Thanksgiving’ in other languages:

– French-speaking people in North America might wish one another ‘Bonne Action de grâce’ or ‘Joyeux Thanksgiving’. The Canadian French version of Thanksgiving Day is ‘Jour de l’Action de grâce’, and in France it is known as ‘le Jour de Merci Donnant’.

Cactus helps over 10,000 people to learn over 3o languages in over 200 destinations each year. 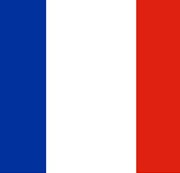 With the Rugby World Cup 2015 in full swing, things are heating up. We’ve seen a shock Japanese victory and a stunning Welsh win, and supporters from all over the world cheering on their teams!

If you’ll be supporting the French, here are a few French rugby phrases to make you look – and sound – like a pro: 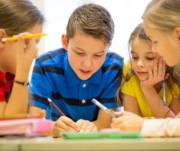 It is increasingly common for children to mix with different nationalities at school, opening their eyes to many different languages and cultures. Some of these children may speak English whilst others might only just be learning their new language; whatever level they are at, being able to say a few words in their native language is a great way to make the child feel welcome and for your child to practise the language with a native speaker.

Below are some expressions that your child can use to strike up a conversation with a Spanish class-mate. In future the children could even start an ‘intercambio’, whereby two children of different nationalities spend 15 or 30 minutes talking in one language before switching to the other – a great opportunity to immerse themselves briefly yet completely in the other language.

With children picking up languages more quickly and easily than adults, any opportunity like this should be embraced – your child will be left with the gift of a second language, an awareness of other cultures and of course potential new friends!

Cactus runs after-school Spanish courses for children aged 7-15 years in London and Brighton. Spanish evening courses for adults are also available in 19 locations across the UK. At beginner level, all courses will cover Spanish introductions as well as practical conversational skills. 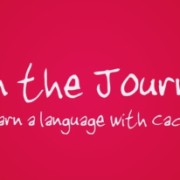 Everything you need to know about a Cactus Evening Language Course

If you want to take an evening course with Cactus, watch our Join the Journey! Cactus Language Webinar. In this quick, informative webinar, you will find out the answers to questions ranging from who is my teacher to what will I learn and how do I know what level I am. This is an invaluable resource for all of our evening course students.

Cactus offers 10-week evening language courses in some 20 locations across the UK, including London, Manchester, Brighton, Bristol, Oxford, Liverpool, Leeds and Sheffield. Courses are available at many levels and it is easy to progress through the levels from one course to the next.

Why book with Cactus?

Cactus has over 16 years’ experience in the field of language learning and helps over 10,000 students each year to learn a language. We can give you expert advice on any aspect of language learning. Our courses are affordable, flexible and personal, and we are here to guide you every step of the way. 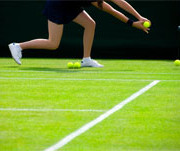 With Wimbledon upon us, it’s time to pick up more than your racquet…here are our top tennis expressions in French and English!

With tennis season in full swing – the French Open recently finished and Wimbledon finally here – it is customary for local tennis courts to become full as wannabe Federers dust off their racquets and tennis fever sets in.

This year why not impress your friends with more than your passing shot? Here we bring you essential tennis vocabulary and expressions in French, for use on or off court and preferably with a bowl of strawberries (fraises) and cream (crème) to enjoy afterwards.

Wimbledon takes place from 29th June – 12th July 2015. Cactus runs foreign language evening courses in Wimbledon and in other locations across London and the UK.

English courses in London are also available throughout the year. 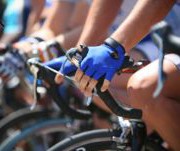 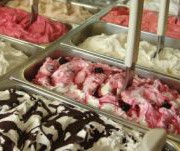 It doesn’t need to be summer for the Italians to eat ice cream – indeed, for many it is a daily ritual year-round – but sales of this most iconic of Italian treats, the gelato, go through the roof when the heat rises. Wherever you are in Italy, there will be a queue at your local gelateria, or ice cream shop, and quite rightly so.

Gelato in Italy isn’t ice cream as we know it. In many countries ice cream is made with cream; in Italy, the secret is to make it with milk. It is this that makes their gelato so smooth and creamy, so irresistibly full of flavour. Chocolate gelato is rich and silky; fruity gelato bursts with flavour. If you have anything of a love affair with Italian food, as I do, get yourself to an ice cream shop (gelateria) and indulge in this unmissable and delightful experience.

How to order your gelato in Italy

So it is that ordering gelato from your gelateria is something of an art. You need to know what the different flavours are, do you want a cone or a cup, how many scoops…yes, you can get a long way by pointing, but it pays to learn a few words when it comes to ordering gelato Italian-style. It’s also handy to know that, as in many Italian establishments, you often need to pay and get a receipt before you actually order your gelato; you then show your receipt to the gelato server and say which flavours you want.

Sound like you know what you’re talking about and that first taste of cool gelato on the tongue will be even more satisfying…nothing more to say than buon appetito!

Get a head start by brushing up on your Italian before you go! Cactus runs 10-week evening Italian courses in the UK.

Or book a language course in Italy and immerse yourself in the language and culture – just think, gelato every day! Cactus runs Italian courses in over 20 locations across Italy, from the classical hubs of Rome and Florence to the coastal delights of Taormina and Sorrento. 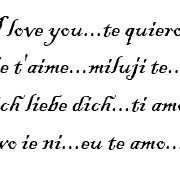 Flowers, chocolates, champagne…dictionary? When it comes to love, it’s not just what you do, it’s what you say. Use our quick guide below to perfect those three little words that can make all the difference on Valentines Day. 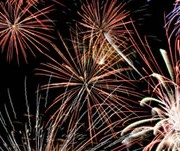 Wherever you are in the world, make sure you welcome in 2015 in style! Here we have the translations for ‘Happy New Year’ in 20 different languages