You are here: Home / French films 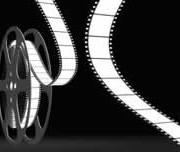 The following films, all successful on the international stage, showcase some of France’s best known actors and directors of this era. Included amongst them are Vincent Cassel, Marion Cotillard, Audrey Tatou, Mathieu Amalric and even British actress Kristin Scott-Thomas. All are well worth a watch and will really help your pronunciation, your vocabulary and, of course, your listening skills.

Released in 1995, this globally acclaimed film depicts the racial tensions and riots that occurred in many Parisien ‘banlieues’ around this time. Shot in black and white, La Haine follows the movements of three young men over a period of twenty-four hours. All three, of different ethnic origins, have grown up in these French suburbs and have experienced the clashes with police first-hand. One of the group, Vinz (payed by Vincent Cassel), comes into possession of a missing police firearm and vows to use it and get the respect he ‘deserves’…

Released in 2001, Amélie is a unique, upbeat film that launched the international film career of actress Audrey Tatou and was nominated for five Oscars. Amélie is a fantastical story about a girl of the same name who missed out on a normal childhood due to her father’s mistaken concern that she had a heart defect. As a result, Amélie was starved of any real life social contact and retreated to her own make-believe world with dreams of love and beauty. Later, when Amelie moves to Paris, she decides to help those ill-fated lovers around her and along the way, falls into a love story of her own…

3. The Diving Bell and the Butterfly

‘Le Scaphandre et le Papillion’ as it’s called in French was released in 2007 and soon became a global hit. It was based on the amazing book by Jean- Dominique Bauby (former editor-in-chief of Elle magazine), who, out of the blue, fell victim to ‘locked in syndrome’, which brings about almost total paralysis of the body. Despite being unable to speak or move, Jean- Dominique succeeded in painstakingly committing his story to paper using only blinking movements, a specially devised alphabet, and the aid of a companion to transcribe. Despite its theme, the film is very funny in parts, and although a very sad and moving story, it serves as a great reminder for how easy it is to take life for granted.

Another film from 2007 is the fantastic ‘La Vie en Rose’, a biography of adored French singer Edith Piaf. It’s renowned French actress Marion Cotillard who plays Piaf in the film, and in fact it was this role for which she won an Oscar – it was the first time the award had been given for a French language role. Gerard Depardieu also stars in the film, which spans the whole of Piaf’s life, from her humble beginnings in the slums of Paris to the international success but personal tragedies that she experienced prior to her death in 1963.

‘I’ve loved you so long’ as it translates in English was released in 2008 and won a BAFTA for ‘best film not in the English language’. It was also nominated for scores of other awards, including a Golden Globe and a Critics Choice Award. In the lead role is fluent French speaker Kristin Scott Thomas, who plays a woman reunited with her sister after a 15-year jail term. The film explores family relationships and social stigmas, but there is more to the story than we are first led to believe…

This Paris-set film was also released in 2008. It is based on an autobiographical novel by François Bégaudeau and is another film that explores life in the Parisien banlieues. This time, the story follows the lives of a class of school children as they approach their final years at school, and the teachers who attempt to educate and inspire in a tough inner city environment that does the opposite.

Another fantastic biopic of a French icon is Coco Before Chanel, a film released in 2009 that tells the life story of world-famous fashion designer Coco Chanel. In the lead role once again is Audrey Tatou, who superbly depicts Coco’s rise from poor, provincial seamstress and performer to the personification of Parisien chic that she became.

‘A prophet’ as it translates in English, is a hard-hitting film about a young Arab man who is sent to a French prison. Although an unwilling subject initially, he soon finds himself tasked by the Corsican mafia who rule the roost, and works his way up the ranks to become prison ’kingpin’. Released in 2009, it received critical acclaim on a global level and was nominated in the following year for best foreign language film at the Oscars.

Released in 2010, this is the story of French singer/songwriter Serge Gainsbourg. The film spans his eventful life, from his formative years in 1940 occupied Paris to his success as a song-writer in the 1960s and the complicated relationships that came alongside it.

Another film starring Vincent Cassel is Mésrine, the story of notorious French gangster of the 60s and 70s, Jacques Mésrine. Infamous for his bravado and numerous prison escapes, he carried out numerous robberies and murders in a criminal career that spanned continents until he was shot dead in 1979 by France’s equally as notorious anti-gang unit. Completed in 2008, the film was made in two parts, and although lengthy is well worth a watch.