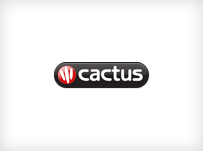 As I walked down the long road from Queensway Underground to the Stanton School of English, which is tucked away on the corner at the far end of the street, I nervously wondered what my class-mates would be like: would they be super-clever? Would they be nerdy? Much younger than me? Much older than me? And so these concerns went round in my head as I pushed on the door to enter the school.

It was twelve years since I had left school, with mediocre A-levels in Art, English and Business Studies, and even then I was not an ‘academic’ student. So my fear of looking stupid in front of the other trainee teachers was hanging over my head as I entered the school. Two weeks ago at the interview, the compassionate interviewer had appeared to give me a break when I messed up the entrance exam but displayed a keenness to learn and a dedication to the four-week course. She had accepted me onto the course with the condition that I promised to read a specific English Grammar book, cover-to-cover, by the start of the course.

So now, two weeks later, the first half of the book read and understood and the second half gist-read and vague in my head, I pushed on the door and considered the repercussions of turning round. I could just forget about the course and go back to waiting on tables – it wasn’t so bad. I could tell my parents and friends that I realised it just wasn’t for me. Or, I could not answer the phone to them for a few months, until it was all forgotten about.

I felt light on my feet as I walked up the stairs; perhaps I was ill and could come back on the second day?

As I fell over my words in front of the receptionist she beamed a smile and pointed to a close-by room. Three other CELTA trainees were spread out around the room. I found some confidence and said hello to everyone, which was promptly reciprocated. I chatted to a woman who had been teaching in South America, in all the countries I dreamed about visiting; she was on the course because she wanted a good qualification to be able to take with her around the world. Perhaps Saudi Arabia next, she suggested. The room filled up, nods and greetings were exchanged and I realised very quickly that I was not alone on this course; I could see nerves, anticipation and excitement etched onto all their faces.

The teacher trainers entered the room and we all fell silent. We listened to what they had to say and it began – the most rewarding four weeks of my life.

We were briefed and divided into three smaller groups within which we would create lesson-plans, teach and have feedback sessions. After the first day I was shattered, from all the information we were given and from the excitement of meeting 17 new people. As I got to know everybody (and what a diverse mix there was), I heard a similar story over again “…I want to travel and teach and this is the best qualification to enable me to do that…”. Another similarity amongst the group was some insecurity about their stamina and grammar knowledge going into the course. We all had reason to be worried about these two things, but together we overcame both. In fact, despite all being of different ages and from different backgrounds, we all had a lot in common; mainly that of not knowing what a modal verb was.

We were placed in front a class to teach on the second day and although this might seems like a step too far too quick, it is the best way to dispel nerves. We worked together in the original group of 18 and within our smaller groups; we photocopied relevant handouts for each other, we helped each other with the assignments (which is encouraged), we panicked together, we ate Marks and Spencer sandwiches together…often text messages regarding lesson-plans fired back and forth past midnight, we consoled each other when we were not successful and we said “Don’t worry, nobody noticed” to each other when lessons fell to pieces.

So four weeks passed, and we left the course with knowledge that we could carry with us and nurture our whole lives; a bursting ring-binder, more sheets of A4 than there are trees in the southern hemisphere, a handful of new friends and vivid memories.

Aside from the positive camaraderie I encountered on the course I was also happy to learn so many skills to enable me to teach. We learnt the importance of eliciting answers from the learners, of not talking too much to the class and stopping or changing an exercise when it was no longer efficient. Essentially, the balance between leading the students down a road of learning and yet being constantly receptive to their needs struck me as being the most important thing to consider. It is amazing how much you rely on the learners to ‘give back’ and encourage you; you have to learn to work with them.

They are right; it is intense, and difficult, and fun. The only advice I could give anybody who was taking the step to apply for a CELTA is: be prepared to learn a lot, sleep a little and for four weeks to constantly oscillate between anxiety and elation. Good Luck!

Cactus TEFL offers a free and impartial TEFL course advice and admissions service. Please visit the Cactus TEFL website for full course listings, to submit an online application or for information and advice on courses, qualifications and TEFL opportunities worldwide.